Update: 2016 Pyongyang Film Festival will be held on September 16 to 23, 2016. We’re taking official film submissions. Contact us at [email protected] if you want to enter your short or feature film.

Sadly, “The Interview” may be the only association most people will make between North Korea and film. But what people don’t know is that North Korea has its own International Film Festival, held every two years in its capital city of Pyongyang. This past September, I attended the 14th Biennial Pyongyang International Festival as a film festival delegate. I travel to the DPRK almost every month, but attending the Film Festival was was one of my best travel experiences. Sex, guns, Bollywood and Pyongyang. This pretty much sums up the 14th Pyongyang International Festival, which was held from September 17-24, 2014 in North Korea’s capital city.

HISTORY OF THE PIFF

The first PIFF was held in September 1987 (Juche Year 76) and the festival has been held biennially since then. The official description of the PIFF is: “The Pyongyang International Film Festival is an international gathering of filmmakers from many countries to share the successes and experiences gained in the production and development of national films and promote exchange and cooperation under the loft ideal of independence, peace and friendship.” 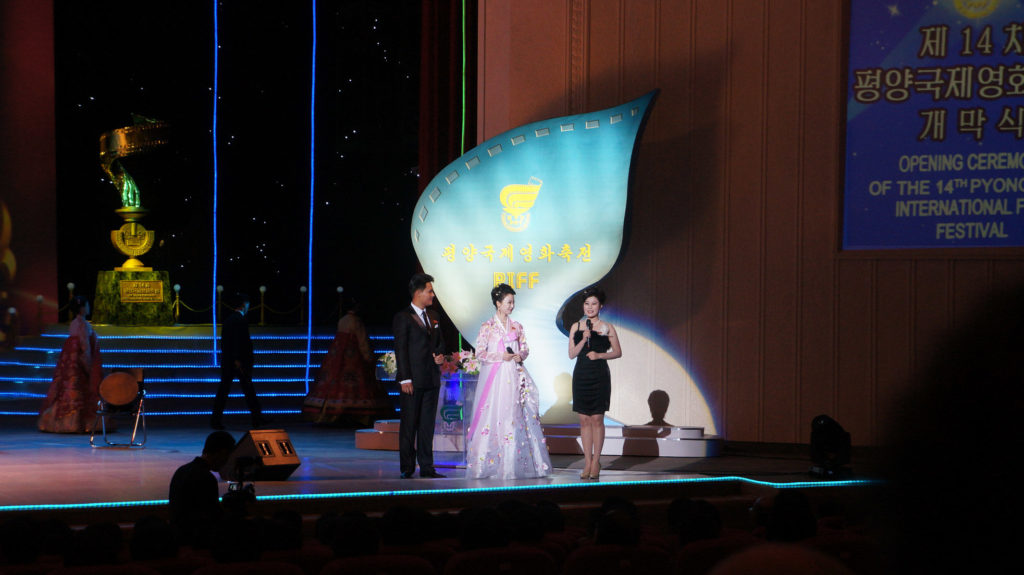 The 2014 PIFF opening ceremony was held in the Ponghwa Theater and was moderated by two female and one male announcer in both English (by the woman wearing the sleek black dress) and Korean (by the other woman in the traditional chosen-ot). I was really impressed with the opening ceremony. Particularly, the English speaking women was elegant and owned the stage in a Hollywood fashion, even though she was moderating outside of her mother tongue. I was happy to meet her days after at a boat cruise that was organized for the festival delegates, and was surprised to learn that she is only a college student majoring in English with no on-stage experience whatsoever! 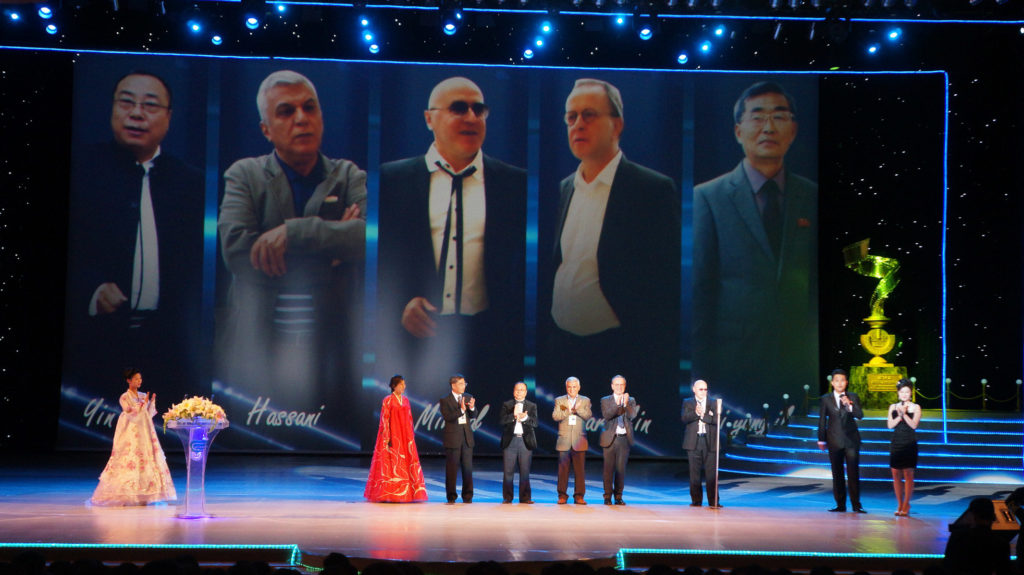 For the 2014 PIFF, 100 out of 500 internationally submitted films were chosen for screening by the DPRK Organizing Committee of the Pyongyang International Film Festival. Films are then categorized as competition (sub categorized as feature film vs documentary, short and animation), special screening or informative. The top prize is awarded to the best film in the competition section. Films in the other categories can also be awarded sub-prizes such as the torch prize and the special prize.

Films are submitted from a number of countries across the world, although there has yet to be a US film. The closest we got was acceptance of our submission of “The Cross,” directed by Christina Choe, a Korean-American/Canadian director. The Cross is a short film about an illegal Mexican immigrant crossing the border into Arizona. Days after the screening of this film, I heard some of the locals chatting about this film and recounting the plot. Many of the other films came from India, Russia, and other European countries. Chile, Brazil and Mexico were represented as well. 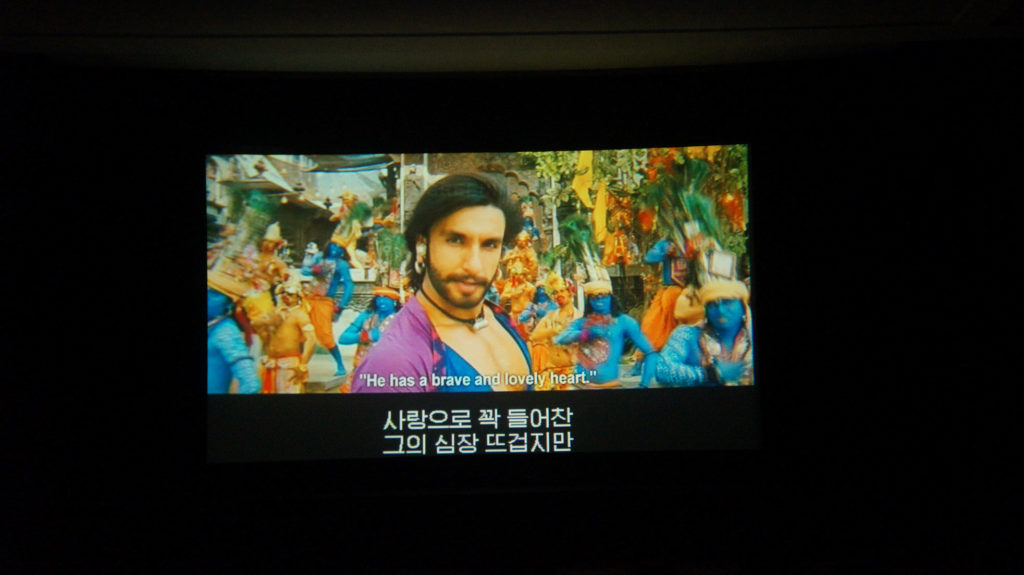 Some notable and crowd-favored films this year were “Agent Vinod” (Bollywood’s version of 007), “The Cousins” (a contemporary spy movie involving a Mossad secret agent and his Egyptian wife and children), “Blood Letter” (a martial arts fantasy film set in Vietnam), “Vasilisa” (a Cinderella story against the backdrop of Napoleon’s invasion of Russia), British film “Fast Girls” and “Ram-Leela” (modern day version of Romeo and Juliet Bollywood style). The feature film winner was German film “My Beautiful Country.”

To say that the screenings were well-attended is an understatement. I was given priority seating as a festival delegate, but often there were local patrons standing in the aisles, on the floor or sitting two to one seat in order to watch the movies. There was a lot of buzz around this film festival and word spread quickly among the locals on which movies were good and which were not worth watching.

I was able to catch one of the last showings of “Agent Vinod” at the Kaeson Theater, a film rumored by the Koreans as a must-see. I picked up my favorite Korean street food, kimbap and kebobs, and headed towards the theater. As soon as the guards cracked the doors open for us, the crowd stormed the doors. As people were nearly stampeded on, I saw men and women get up from the ground beaming, simply happy that they made it through the doors. One lady lost a shoe and could have broken a leg for all she cared, but got up with a huge grin on her face for simply making it through the doors and ran up the stairs. It was incredible. I learned one thing from this experience: Don’t mess with Koreans and their movies. 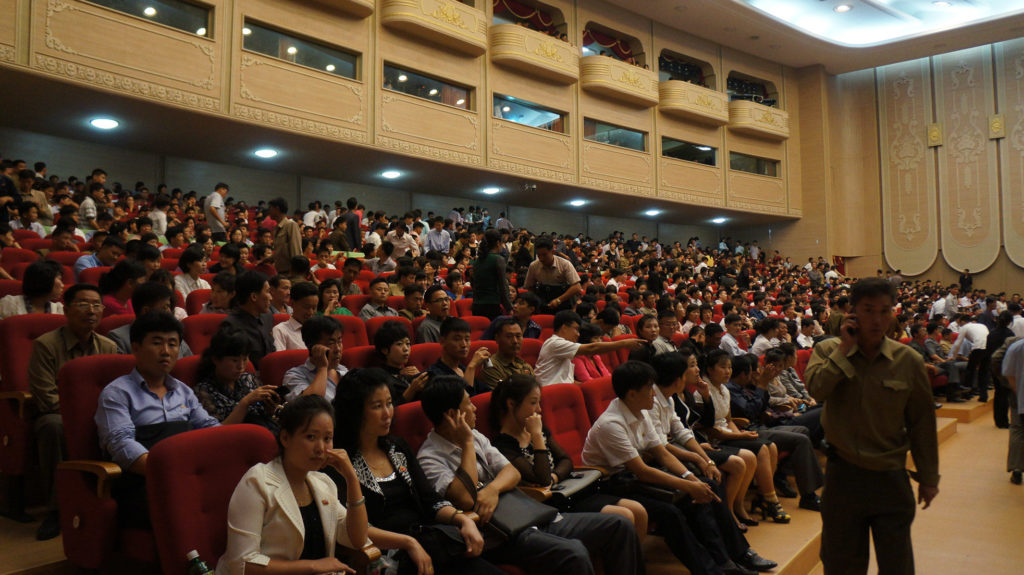 The tickets are limited during the Film Festival, even with 3 showings per day across 7 theaters. 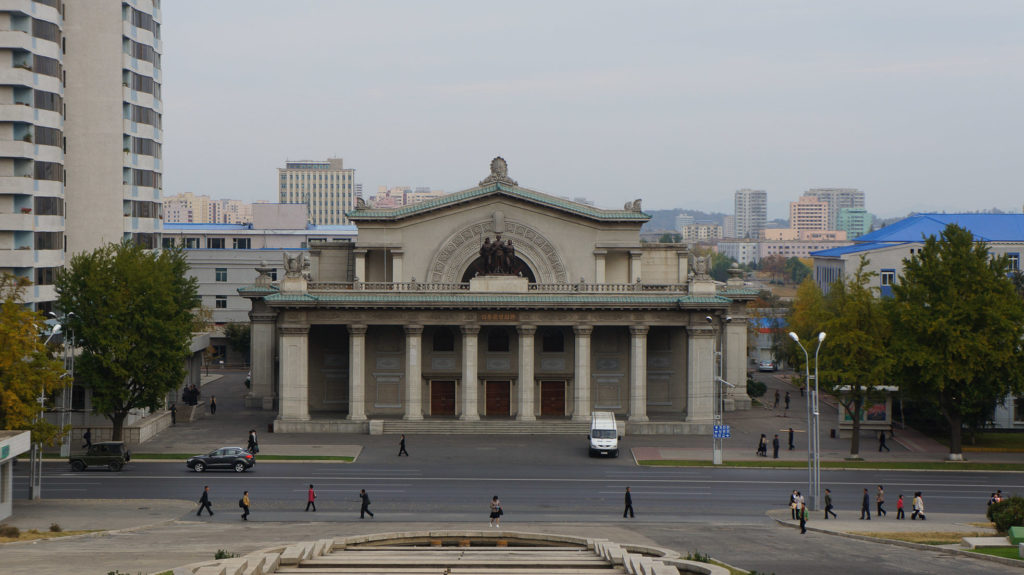 HOW TO ATTEND THE 2016 15TH PYONGYANG INTERNATIONAL FILM FESTIVAL 2016

The next PIFF will be held in September 2016. Tourists are welcome to attend and we’ll have film festival tour options available for registration starting next year. In the meantime, you can register your interest by CONTACTING US. 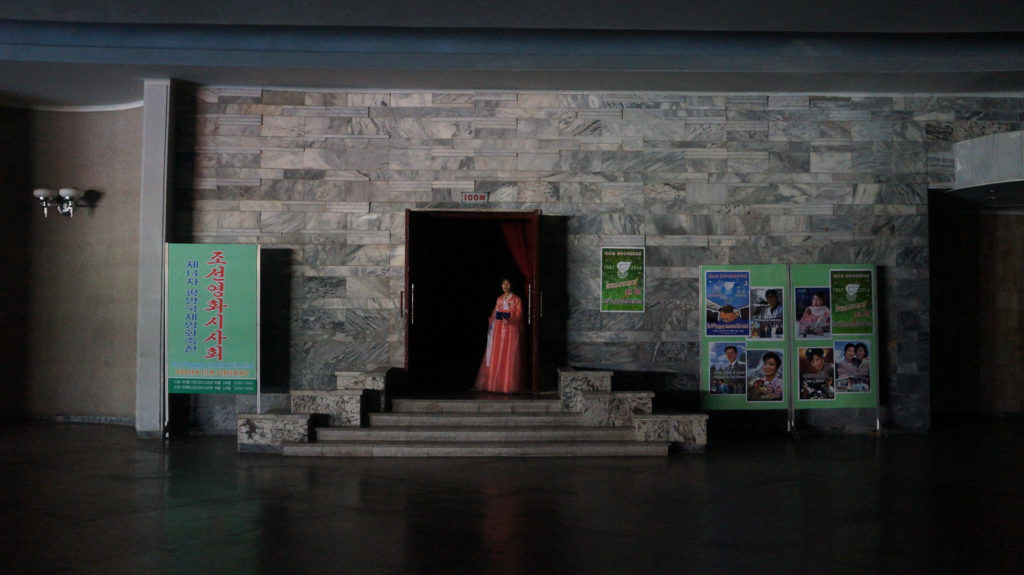 Uri Tours is a participating member of the PIFF and we are authorized to accept film submissions from foreign directors. We welcome submissions of feature and short films, as well as documentaries.

Submissions for the 2016 PIFF will be open beginning January 2016. If you’d like to discuss submission of your film prior to January 2016, please CONTACT US.