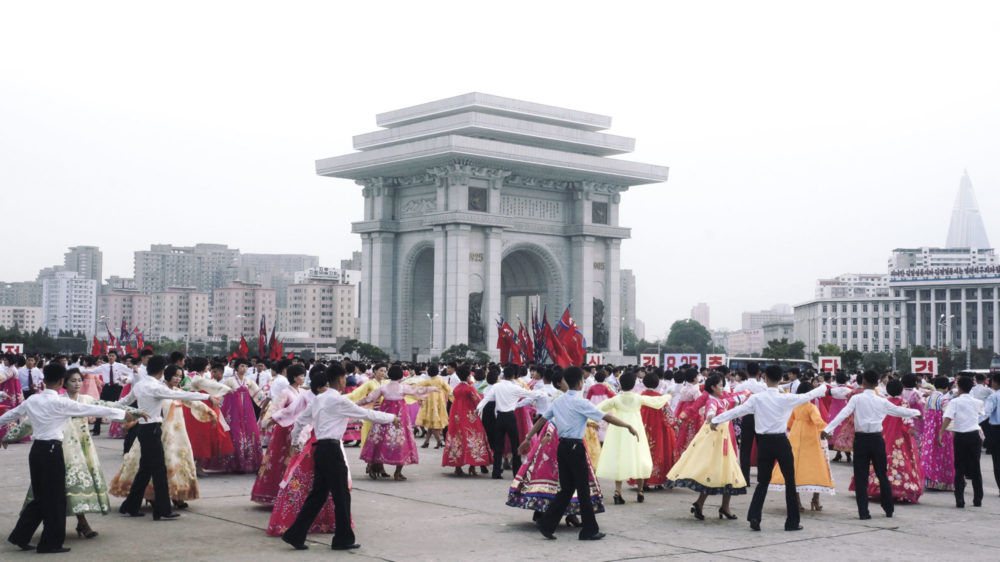 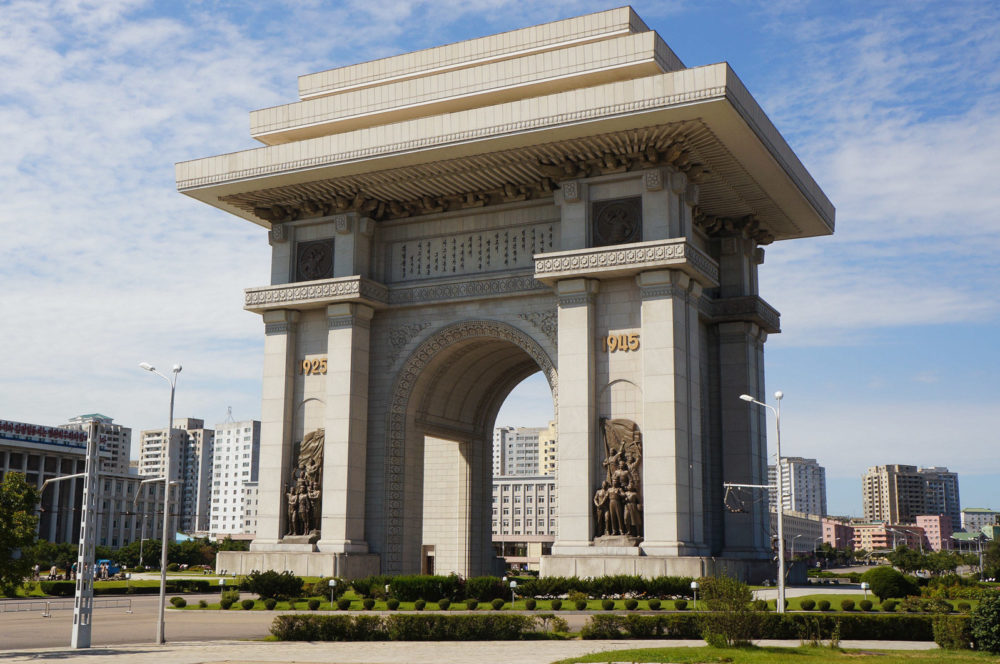 The Arch of Triumph was built to honor the Korean resistance to Japan imperialists before the formation of the DPRK. This arch specifically glorifies the founder of the country, Kim Il Sung, and his role in the anti-Japanese struggle from 1925 to 1945. Built at the location where Kim Il Sung gave his first speech after the Japanese were defeated. A large mural is within view of the arch that depicts this speech and his crowd. The 25,500 granite blocks that make up the bulk of the arch all represent a day in his legendary life, and the arch was revealed to the public on his 70th birthday, after a lengthy construction. Most of the architecture in Pyongyang shows it’s clear Stalinist influences, but the Arch of Triumph deviates quite significantly from this norm.  The arch is renowned worldwide for merging classic Roman architecture with Buddhist influences and is modeled after the Arc de Triomphe in France, but at 10 meters taller.  Not only is the arch world-class, but it is fully featured like many modern rooms within it, including a gift shop. Multiple rooms are inside that display plaques detailing additional aspects of the Korean resistance and Kim Il Sung’s role. Cars also drive on the road that goes underneath the 27 meter high gateways. The words that make up “The Song of General Kim Il Sung” are engraved on the arch, one of the countries many revolutionary anthems. A good view of the Kim Il Sung Stadium can be seen after a 5 USD ride on a modern elevator to the top.