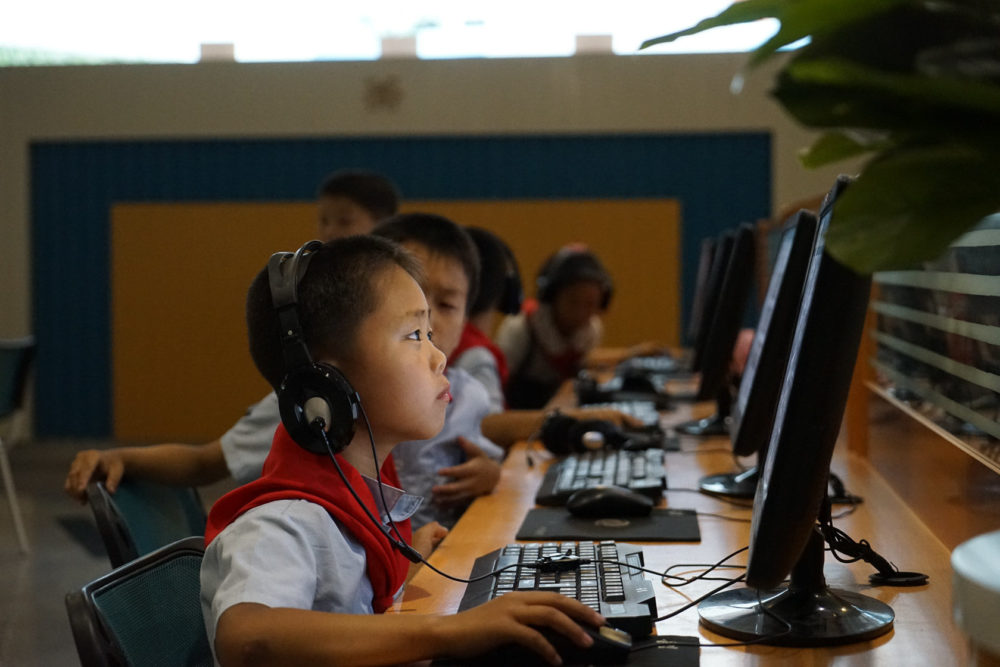 In the middle of the Taedong river and southwest of Pyongyang, lies the Ssuk islet. This triangle shaped plot of land is host to the DPRK’s most prestigious symbol of scientific pursuit. The Science and Technology Center’s architecture even resembles the classic model of an atom. The building hosts international conferences, and has a number of scientific exhibits and reference materials. Outside the building stands a massive stone pillar of a fountain pen, a gift once given to Kim Il Sungs wife, Kim Jong Suk. The pen represents the artist in the Juche philosophy.  One of the first notable things is people notice upon entry is the all-seeing eye. This symbol is commonly recognized as the same symbol on the US 1 dollar bill. Here instead of being inside a pyramid, It is in the center of the atomic model, representing the country’s desire to enlighten and encourage its citizens on scientific pursuits.  A state of the art touchscreen directory that provides schedules and locations of conferences and exhibits is in the entry lobby. After an identification check sits a resting area with a revolving illuminated globe showcasing Earth, the area is surrounded in couches. Just beyond the globe, over 500 computers are available for public use so citizens can pursue their own interests. A stroll through the computer room reveals people researching topics ranging from chemistry to evolution. The center was designed with accessibility in mind, computers for the disabled are inside and citizens are able to remotely access its services through the intranet. A to scale model of the Kwangmyongsong rocket that brought the DPRK into the space age is on display, surrounded in a spiraling display of books and computers. Also within the center is a children’s learning exhibit that functions as a pseudo-daycare. Here young citizens can learn how to drive a car, sail a boat, or load tank shells, using rudimentary hands on learning tools. Little known fact, the atomic structure the complex was modeled after is that of Beryllium, a rare element used in the manufacturing of missiles and aircraft.