In this comprehensive special tour of North Korea, be there during May Day (International Workers’ Day) festivities including a mass dance and witness absolutely everything from the political sites of Pyongyang to the historical city of Kaesong, the serenity of Mt. Myohyang, right over to the west-coast industrial port city of Nampho and even Pyongsong, often referred to as North Korea’s ‘Silicon Valley’. This will be one life-changing week sure to satisfy the curiosity you have in this fascinating country!

Visit the Kumsusan Palace of the Sun, the grand mausoleum where the late leaders lie in state inside glass sarcophagi. This is one of North Korea’s most sacred sites, formal dress is strictly required. Closed in May and July. Can also be closed in late-April. Exact dates are not known until closer to departure. If unavailable, alternative arrangements will be made.

After lunch, visit the Victorious Fatherland Liberation War Museum, an elaborate museum depicting the Korean people’s fight against foreign invaders. We’ll have a guided tour of the war remnants, exhibits, and dioramas and learn about the Korean war from the North Korean perspective. We’ll also board the USS Pueblo, the “American Spy Ship” captured in 1968. Visit the Mangyongdae Native House, a modest straw-thatched house in a serene park setting which is the birthplace of President Kim Il Sung. Pick up some supplies at the Kwangbok Department Store, a five-story department complex filled with local and imported products. It’s one of only two places in Pyongyang where tourists can exchange and use the local North Korean Won.

We’ll then tour the Mangyongdae Schoolchildren’s Palace, a massive extracurricular facility for young students to further their talents in arts, technical skills, and sports. We’ll get to witness an impressive student performance in the auditorium here!

Begin the day with a visit to Pyongyang’s central square, Kim Il Sung Square, home to many of North Korea’s military parades broad internationally. We’ll walk through the city to the Foreign Languages Bookshop, the best chance in the DPRK to pick up souvenirs such as books, stamps, DVD/CDs and posters. Visit the Mansudae Fountain Park, a serene meeting spot for students in their free time and an often used backdrop for wedding photos. Head deep underground to take a 5-stop ride on the Pyongyang Metro, the deepest metro in the world and filled with mosaics, monuments, and plaques commemorating the DPRK’s revolutionary history.

After lunch, visit Moran Hill, a central park buzzing with festivities as locals celebrate May Day over a picnic with music and dancing, a great opportunity to join the fun! Learn about North Korea’s national ideology, the Juche philosophy, on a visit to the iconic Tower of Juche Idea. We’ll take the lift 150-meters to the top for the best views in Pyongyang city! We’ll then visit the Party Foundation Monument, built to commemorate the 50th anniversary of the foundation of the Workers’ Party of Korea, recognizable by the communist hammer and sickle but with an added North Korean twist.

As part of today’s festivities, we’ll attend an unforgettable student Mass Dance event held in Pyongyang. Join in the dancing celebration for yourself, the sea of colour makes for magnificent photos! Cap off the festivities with a chance to taste local Korean draft beers at the Taedonggang Bar Brewery No. 3.

We’ll first visit the Mansudae Art Studio, the most prestigious fine arts studio and gallery in North Korea, the only studio given permission to depict the Great Leaders in monuments, murals and mosaics. We’ll then visit the Korea Film Studio, North Korea’s very own Hollywood, the studio behind a plethora of domestic films. We’ll tour the post-production complex and film sets here.

On return to Pyongyang, we’ll visit the Grand People’s Study House, North Korea’s national library and the heart of study on the revolutionary Juche ideology. Check out the local intranet, visit the music appreciation room and flick through a handful of the up-to 30 million books said to be available here!

After breakfast, enjoy a morning bicycle ride through the capital! This will take us down the futuristic Mirae Scientists and Changjon Streets and along the Taedong River promenade right through the Kim Il-Sung Square. The cycling route is flat. Bike riding is optional.

We’ll then depart for the western industrial port city of Nampo. Our first stop will be the Chongsanri Cooperative Farm, a model collective farm catering to the agriculture needs of surrounding communities. We will meet a local farming family and see inside their home here. 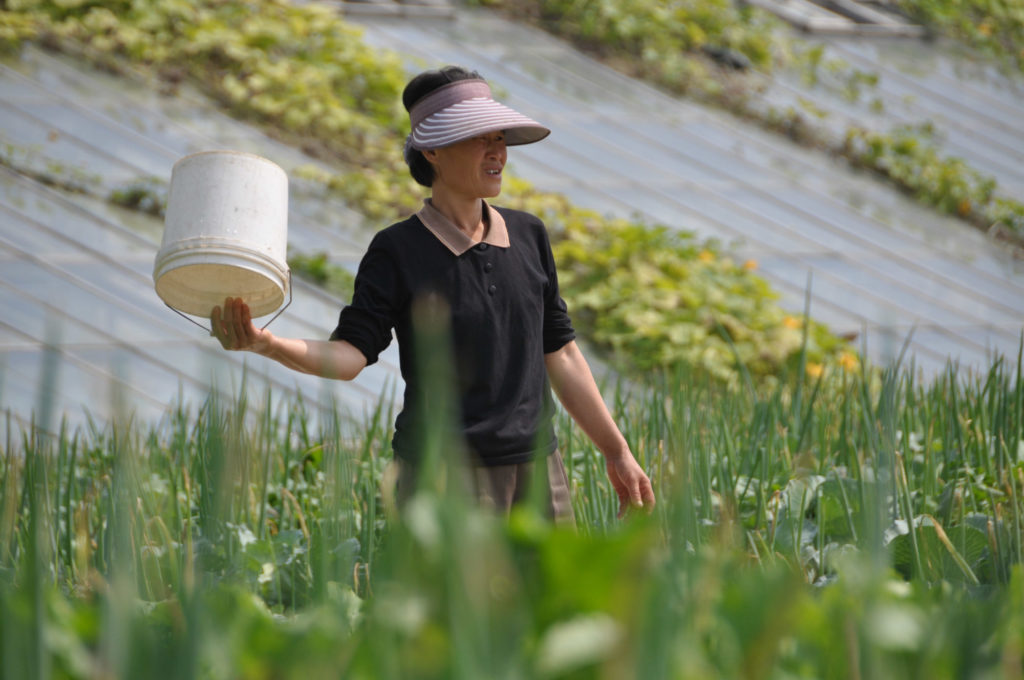 Afterward, visit the Kangso Mineral Water Factory a famous name within North Korea, to get a glimpse into the workings of local industry.

Then it’s onward to the jewel of Nampho, the West Sea Barrage, a massive dam and tidal wall built in five years across an 8-kilometer section of the rough sea. This is a major achievement well known to all North Koreans and a common backdrop in official state media.

On return to Pyongyang, our final dinner will be aboard the Taedonggang Dining Boat! Enjoy views of Pyongyang’s most iconic landmarks and an upbeat performance as we cruise the river Taedong.

In this 4-night tour of North Korea, discover the highlights with a tour of [...]