This 4-night special tour of North Korea will join the festivities held for Kim Jong Il’s Birthday on February 16 and is designed to visit all the major must-see sights in one action-packed itinerary you’ll never forget! You’ll visit the major political highlights in Pyongyang such as the Tower of Juche Idea, Mansudae Grand Monument, Victorious Fatherland Liberation War Museum, and even the Kumsusan Palace of the Sun where the Great Leaders lie in state. No trip to North Korea would be complete without a road trip to Kaesong to visit the Korean DMZ, the border between North and South Korea. This is a varied tour you can’t miss!

Visit the Arch of Triumph, the world’s largest triumphal arch. From the top, we will get a perfect view of Kim Il Sung Stadium and a panorama view of Pyongyang city! 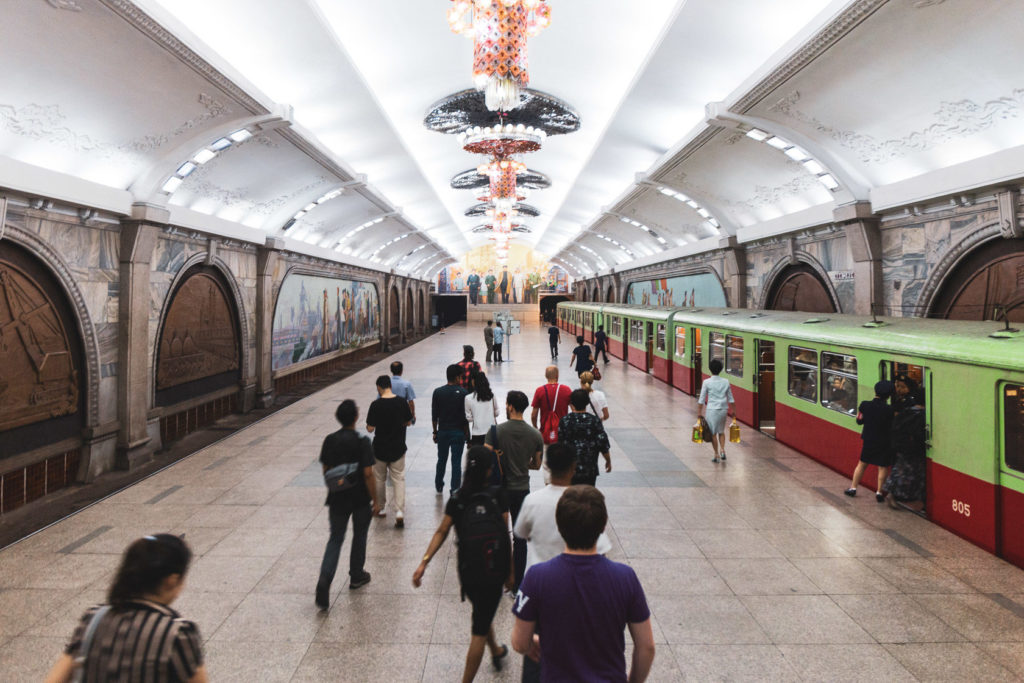 After lunch, visit the capital’s central square, Kim Il Sung Square, home to many of North Korea’s military parades broad internationally. We’ll walk through the city to the Foreign Languages Bookshop, the best chance in the DPRK to pick up souvenirs such as books, stamps, DVD/CDs and posters.

Visit the Mangyongdae Native House, a modest straw-thatched house in a serene park setting that is the birthplace of President Kim Il Sung.

Pick up some supplies at the Kwangbok Department Store, a five-story department complex filled with local and imported products. It’s one of only two places in Pyongyang where tourists can exchange and use the local North Korean Won.

Visit the Mansudae Grand Monument, an important site famous for its large, bronze statues of President Kim Il Sung and Chairman Kim Jong Il. It is customary to bow and lay flowers here.

For lunch, enjoy pansanggi, a historic Kaesong cuisine traditionally served for royalty before stopping at the original Sonjuk Bridge, a UNESCO site.

On our return to Pyongyang, see the iconic Arch of Reunification built to commemorate the proposals of reunification.

Take an optional visit to the Kaeson Youth Amusement Park where the thrillseekers among us can brave the rides with Pyongyang locals on a night out.

After dinner, visit at your leisure the Koryo Hotel Microbrewery to try the light and dark draft beers on tap!