North Korea Flag – What Does It Mean?

The North Korea flag was introduced on September 9, Juche 37 (1948) which is the day North Korea was established officially as the Democratic People’s Republic of Korea (DPRK). The format of the flag is stipulated by the Socialist Constitution of the DPRK, specifically in article 170 of Chapter VII, which states:

“The national flag of the Democratic People’s Republic of Korea consists of a central red panel, bordered both above and below by a narrow white stripe and a broad blue stripe. The central red panel bears a five-pointed red star within a white circle near the hoist. The ratio of the width to the length is 1:2.” 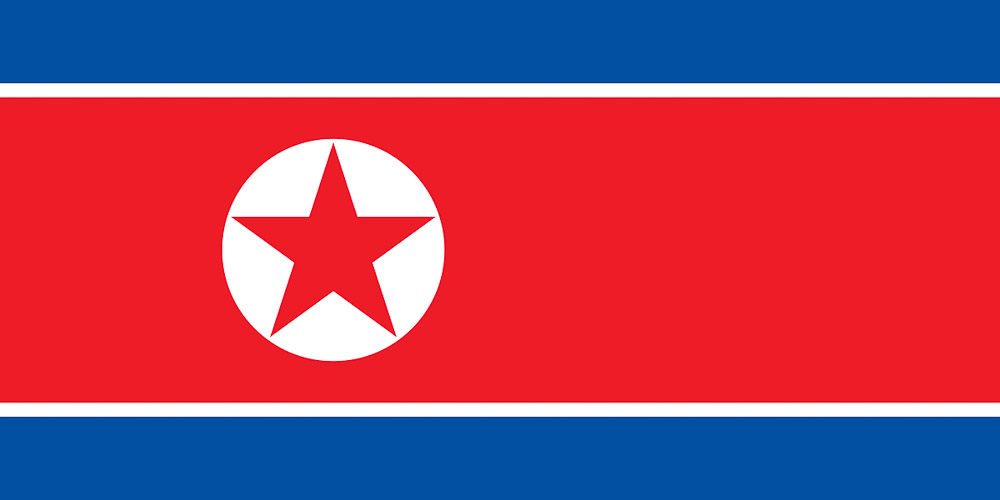 What does the North Korea flag mean?

The North Korea flag is a relatively simple design with each colour holding symbolic importance. The meanings are in quoted sections below, as defined officially:

“The red colour of the flag symbolizes the blood shed by the anti-Japanese revolutionary forerunners who fought death-defyingly for the liberation and independence of their country and the invincible might of the Korean people firmly railed behind the country.”

Korea has a history of becoming a theatre of competition of larger powers, and these struggles are highlighted by the Japanese colonial rule of the Korean peninsula between 1910 and 1945. The Korean people made extraordinary sacrifices in resisting the imperialist occupation to ensure their independence. Today, Liberation Day (August 15) is an annual national holiday celebrated in both North and South Korea, the only holiday shared between each country.

“The white colour shows that the republic is the state of a homogenous nation who have lived honestly in one country with one blood, language and culture.”

The idea of a unified bloodline and cultural distinctiveness remains prevalent in North and South Korea. Homogeneity is deeply tied to nationalism. North Korea remains one of the most ethnically homogenous societies in the world, with an extremely low rate of multiculturalism.

“The blue colour is symbolic of the dashing spirit of the people who struggle for the victory of the socialist cause and world peace and progress.”

In the North, the drive of the people is to build a powerful socialist nation centered on the masses, a nation of self-reliance and self-development without the dependence on outside forces. This is an ongoing struggle whereby victory is to be achieved through the strength of ‘single-hearted unity’, a concept where the people are closely united behind their leader. Sovereignty, peace, and friendship are primary ideals of North Korea’s foreign policy.

The five-pointed red star shows the lofty spirit of the Korean people who vigorously advance, inheriting the traditions of anti-Japanese revolutionary struggle and the prospect of the DPRK.

The red star is commonly associated with communism and socialism, having been widely used on flags, emblems, and monuments in nations following these ideologies, most notably the USSR. North Korea’s ideological roots began in Marxism–Leninism which has since been phased out in favor of Kim Il Sung’s Juche philosophy.

You will find the North Korea flag displayed either horizontally or vertically. When held vertically, it’s been suggested that the red represents the Korean peninsula, the blue each side depicting the West and East Seas of Korea, and the red star the symbol of North Korea’s bright future. 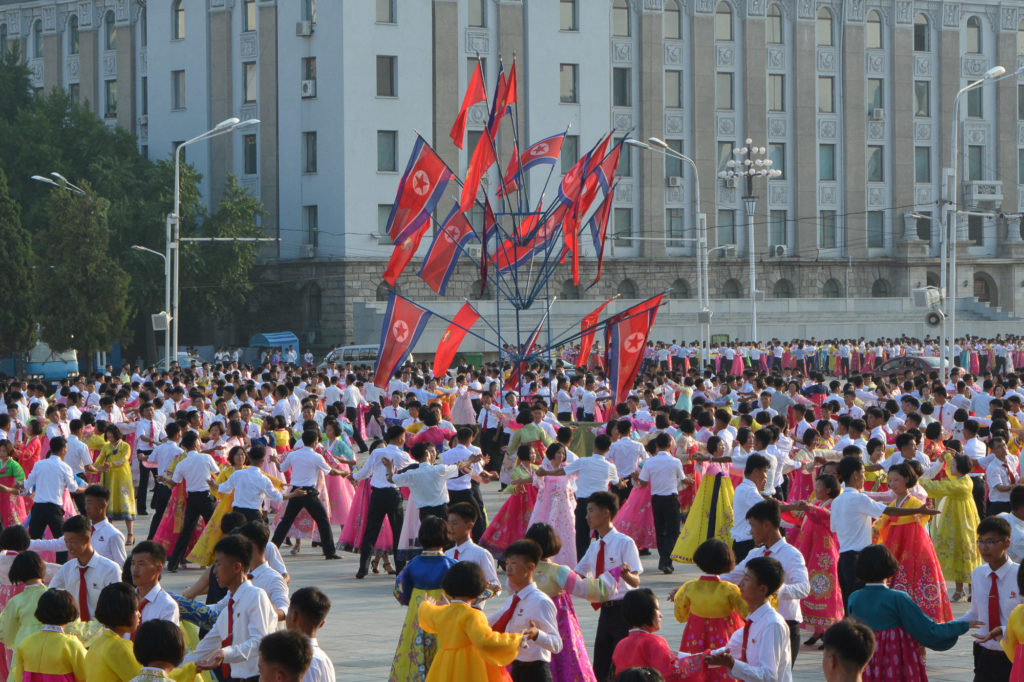 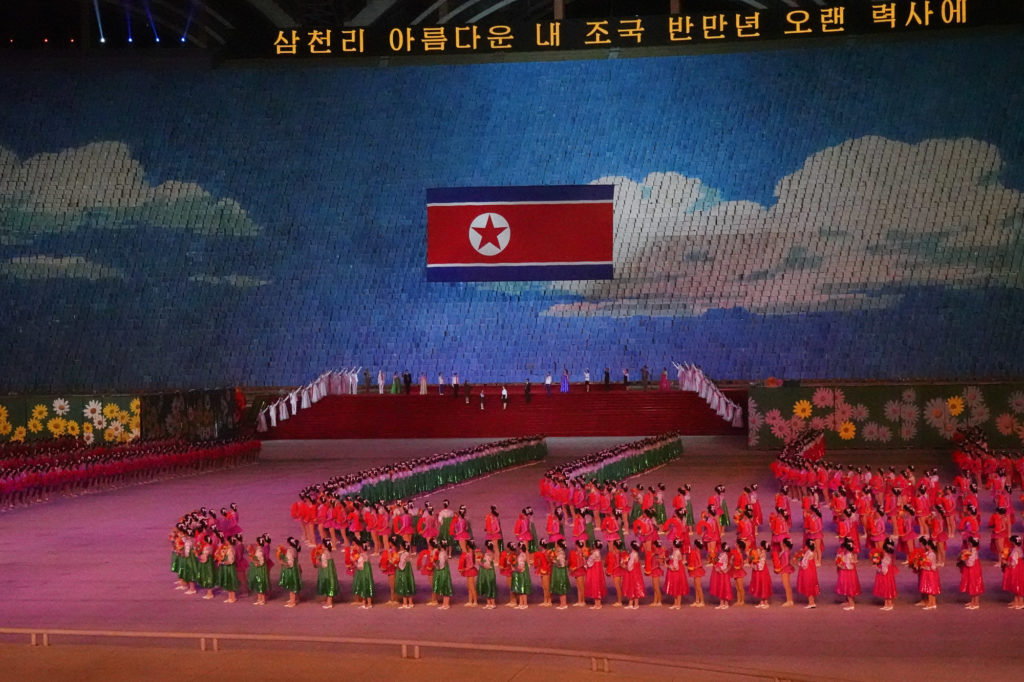 Want to see the North Korea flag in all its glory? Join one of our North Korea group tours over a national holiday, where flags will be displayed all over the country!

Be the first to leave a comment for North Korea Flag – What Does It Mean?