Take the weekend off and head to North Korea’s capital to run the annual Pyongyang Autumn Marathon! Besides the running, we’ll visit the highlights of the city and take a road trip to Kaesong and see the DMZ, where North and South are divided. This is a great opportunity to join and compete with the locals, enjoying the universal language that is sport!

At 08:00pm (20:00) on September 17, meet the group at the Shanghai Pudong International Airport to check in for our 10:35am departure to Pyongyang. Approximate arrival into Pyongyang is at 01:55am (Friday, September 18) Our Korean tour guides will greet us on arrival at the airport. On arrival we will check in at the prestigious Koryo Hotel.

After lunch, head deep underground to take a 5-stop ride on the Pyongyang Metro, the deepest metro in the world and filled with mosaics, monuments, and plaques

We’ll head to the International Football School to tour the facilities and enjoy a casual kickaround with the students (subject to availability). On the way, we’ll have a photo stop at the largest sporting stadium in the world (by capacity), the May Day Stadium!

Make a stop at the Arch of Triumph, the world’s largest triumphal arch. From the top, we will get a great panorama view of Pyongyang city.

We’ll then take a driving tour to familiarize you with the entire Autumn Marathon route. Dinner will be at the hotel where we will hand out bibs and timing chips for the Autumn Marathon. 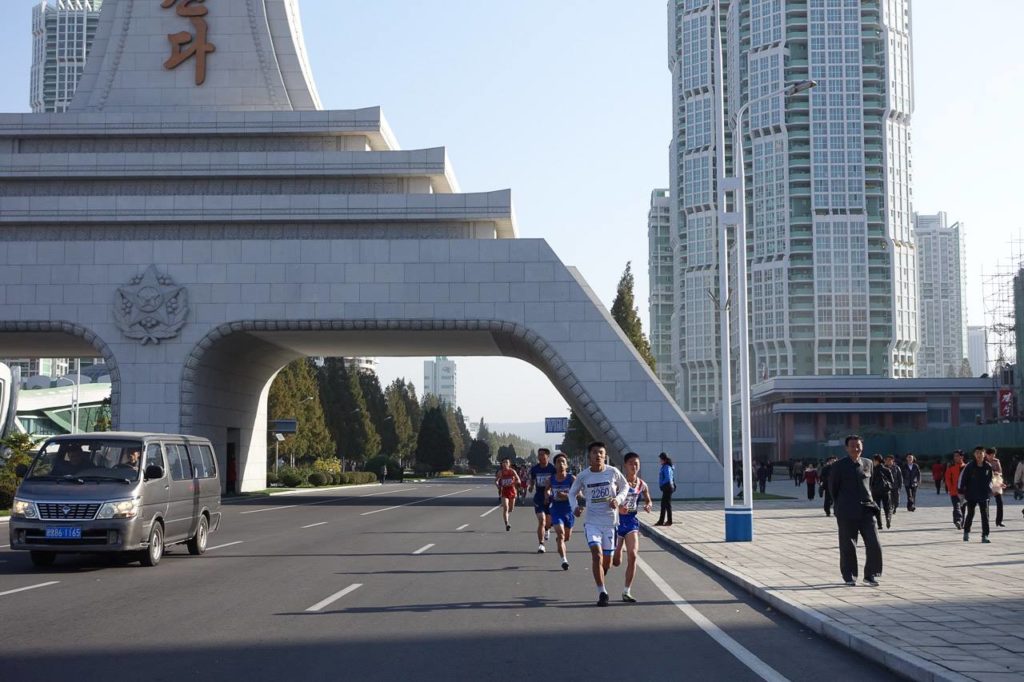 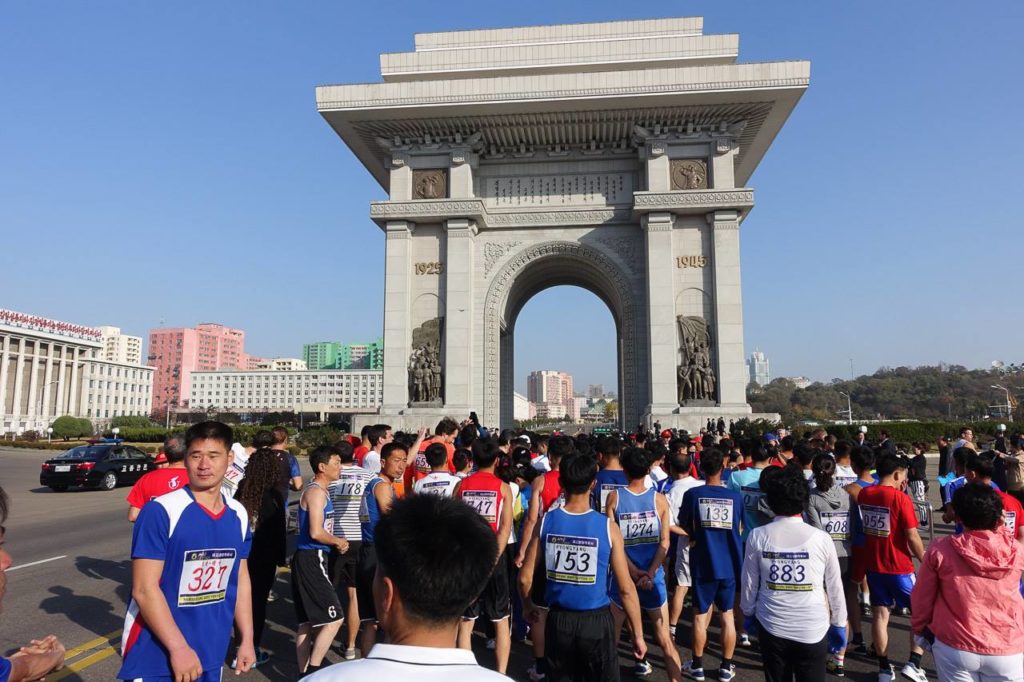 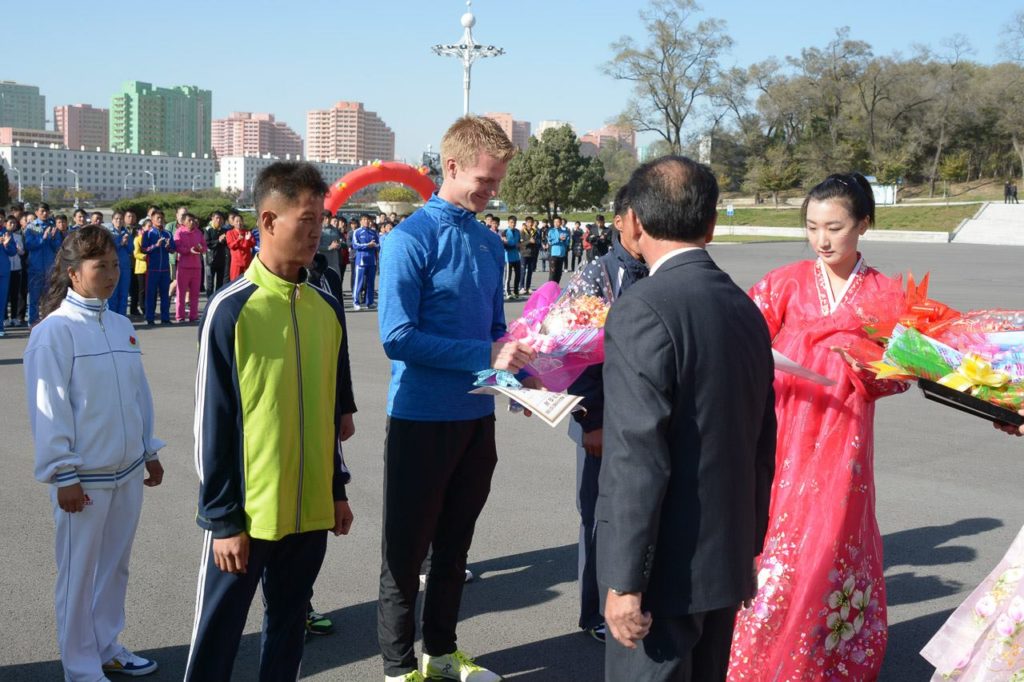 After the race we will cool down at the hotel with time to shower and rest up before we have lunch.

During dinner we’ll have a small presentation to hand out your official marathon certificates! Dinner will be at a local Korean hotpot (jongol) restaurant, a favorite among locals.

After dinner, grab your luggage and head to the airport for an evening flight back to Shanghai. Approximate time of departure is 7:55pm from Pyongyang with arrival at Shanghai Pudong International Airport at 9:35pm. Please reserve connecting flights departing after 01:30am local time (+1 day), to allow sufficient time for immigration/customs clearance, baggage claim and re-check-in. Timings to be confirmed.