This is your chance to ski the fresh-power slopes of North Korea! See the grand monuments of Pyongyang, visit the Korean Demilitarized Zone (DMZ), spend time at the Masikryong Ski Resort, and be in the capital for the major festivities for Kim Jong Il’s Birthday (Day of the Shining Star) on February 16, including a mass dance and other exhibitions or performances. This is a tour that has all the highlights!

Our first stop will be the Mansudae Grand Monument, an important site famous for its large, bronze statues of President Kim Il Sung and Chairman Kim Jong Il. It is customary to visit the monument on important holidays to bow and lay flowers and we expect to join large numbers of locals here.

After lunch, head deep underground to take a 5-stop ride on the Pyongyang Metro, the deepest metro in the world and filled with mosaics, monuments, and plaques commemorating the DPRK’s revolutionary history. We’ll alight at Kaeson Station and visit the Arch of Triumph, the world’s largest triumphal arch.

Then embark on a scenic winter drive through the countryside to reach Masikryong Ski Resort! You’ll be among the few to carve through the fresh powder here. Masikryong Ski Resort is one of North Korea’s most famous new attractions and was built in just 10 months as a drive to increase tourism to the country. There are 10 slopes in total, with 2 being for beginners. The total slope length is roughly 17km.

Our home here will be the cozy Masikyrong Hotel at the base of the slopes, one of the most luxurious hotels in the country!

Ski or snowboard ‘til your heart’s content and chill out at the lodge during your down time. If you’re a beginner, you can get lessons from the local Korean instructors, they’re fantastic and even taught some of our foreign staff to ski right here on location!

The facilities at Masikryong Ski Resort are world-class with amenities including swimming pool, spa and massage facilities, barber, Korean table games, pool and ping pong tables and a myriad of bars, restaurants and coffee shops to get lost in.

If you don’t fancy the slopes, there are other activities available such as ice skating, tobogganing/luging, snow bikes or taking the gondola to the near 1400m high Taehwa Peak (with coffee shop and bar). It’s also possible to arrange a half-day trip to Wonsan city nearby. 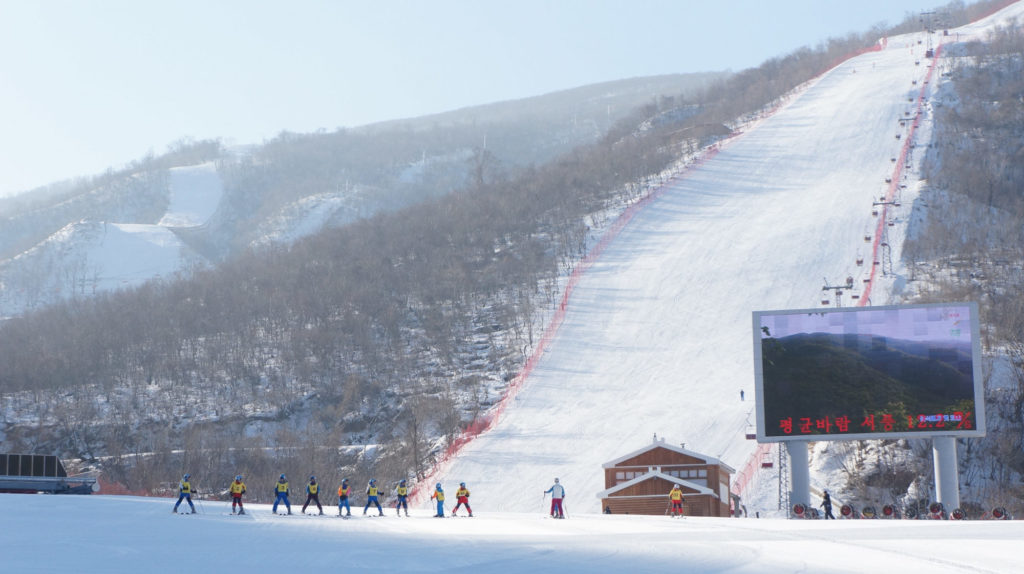 Ski or snowboard ‘til your heart’s content and chill out at the lodge during your down time. 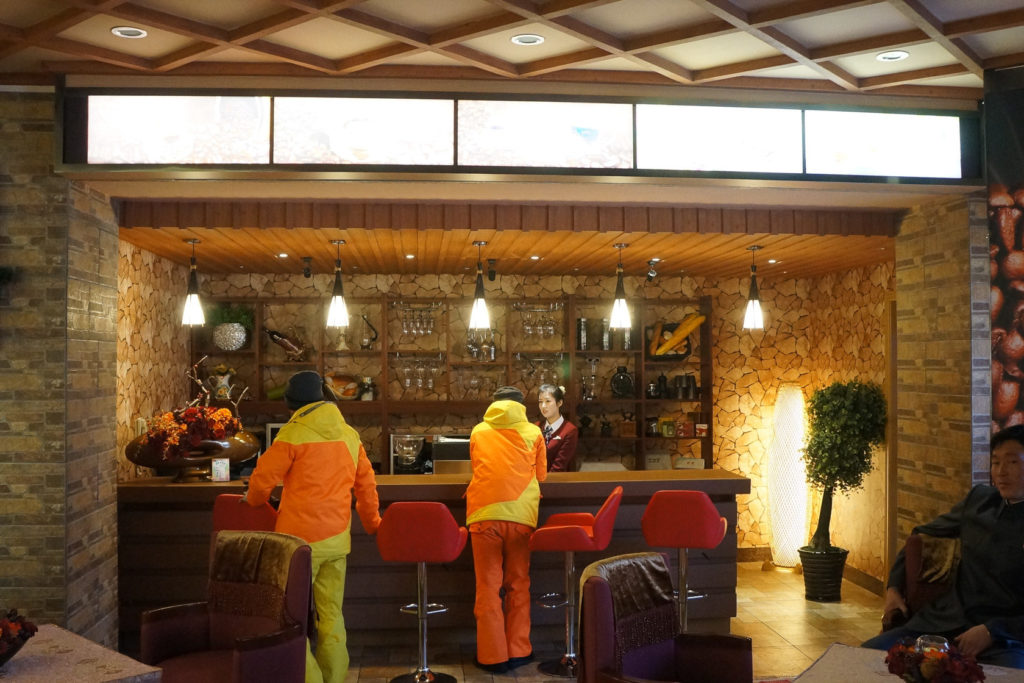 Ski or snowboard ‘til your heart’s content and chill out at the lodge during your down time. We’ll depart for Pyongyang in the afternoon.

After lunch, we begin our journey back to Pyongyang. we’ll drop into the Tomb of King Tongmyong, a UNESCO site with unique wall paintings showcasing the Buddhist influence of this time.

On return to Pyongyang, take a walk down Ryomyong Street, an impressive boulevard home to Pyongyang’s most extravagant apartment complexes. Opened in just April 2017 to international media attention.

Stroll to the Mangyongdae Native House, a modest straw-thatched house in a serene park setting which is the birthplace of President Kim Il Sung.

A fireworks display is often held in celebration of the Day of the Shining Star. If this is scheduled, we’ll head down to Kim Il Sung Square for the best views!

Take a morning drive through the countryside to the historic city of Kaesong. We will head for the DMZ where we’ll hear from our guides a perspective of the Korean War that often gets discredited or unheard. At the DMZ, explore Panmunjom, shake hands at the exact place that the Armistice Agreement was signed between UN forces and the DPRK, and wave hello to the South at the blue houses in the Joint Security Area.

Afterward, we will head to the Koryo History Museum, a UNESCO site, to learn about the Koryo Dynasty (where the name Korea originates). You’ll also have a chance to pick from the most varied range of postcards in the country at the Koryo Stamp Shop.

On return to Pyongyang, visit the Victorious Fatherland Liberation War Museum, an elaborate museum depicting the Korean people’s fight against foreign invaders. We’ll have a guided tour of the war remnants, exhibits, and dioramas and learn about the Korean war from the North Korean perspective. We’ll also board the USS Pueblo, the “American Spy Ship” captured in 1968.

All good things must come to an end. We will have a morning departure to Beijing with an estimated time of arrival is 11:35am local time, although flight times are subject to final confirmation. Please reserve connecting flights departing after 15:30 pm local time, to allow sufficient time for immigration/customs clearance, baggage claim and re-check-in. Timings to be confirmed.