This 5-night classic tour of North Korea is designed to cover all the classic sites in one extensive action-packed itinerary. You’ll visit the political highlights in Pyongyang such as the Tower of Juche Idea, Victorious Fatherland Liberation War Museum and the Kumsusan Palace of the Sun where the Great Leaders lie in state. We’ll stay overnight in North Korea’s self-confessed best hotel on a visit to Mt. Myohyang and drop into North Korea’s ‘Silicon Valley’, the city of Pyongsong, famous as a hub for science and technology. Of course, no visit to North Korea would be complete without a day trip to Kaesong and the DMZ! This is a varied tour that’s perfect for the first-time visit to North Korea.

Begin the day with a visit to the Kumsusan Palace of the Sun, the grand mausoleum where the late leaders lie in state inside glass sarcophagi (formal dress required).

Then visit the Mansudae Grand Monument, an important site famous for its large, bronze statues of President Kim Il Sung and Chairman Kim Jong Il. It is customary to bow and lay flowers here.

Take a walk in Pyongyang’s central square, Kim Il Sung Square, home to many of North Korea’s military parades broad internationally. Stroll through the city to the Foreign Languages Bookshop, the best chance in the DPRK to pick up souvenirs such as books, stamps, DVD/CDs and posters.

Learn about North Korea’s national ideology, the Juche philosophy, on a visit to the iconic Tower of Juche Idea. We’ll take the lift 150-meters to the top for the best views in Pyongyang city! Visit the massive Party Foundation Monument, built to commemorate the 50th anniversary of the foundation of the Workers’ Party of Korea, recognizable by the communist hammer and sickle but with an added North Korean twist. Catch an afternoon performance of the incredible Pyongyang Circus.

On our return to Pyongyang, visit the Victorious Fatherland Liberation War Museum, an elaborate museum depicting the Korean people’s fight against foreign invaders. We’ll have a guided tour of the war remnants, exhibits, and dioramas and learn about the Korean war from the North Korean perspective. We’ll also board the USS Pueblo, the “American Spy Ship” captured in 1968.

First visit the Grand People’s Study House, North Korea’s national library and the heart of study on the revolutionary Juche ideology. Check out the local intranet, visit the music appreciation room and flick through a handful of the up-to 30 million books said to be available here!

Drop in on the Mansudae Art Studo, the most prestigious fine arts studio and gallery in North Korea, the only studio given permission to depict the Great Leaders in monuments, murals and mosaics. 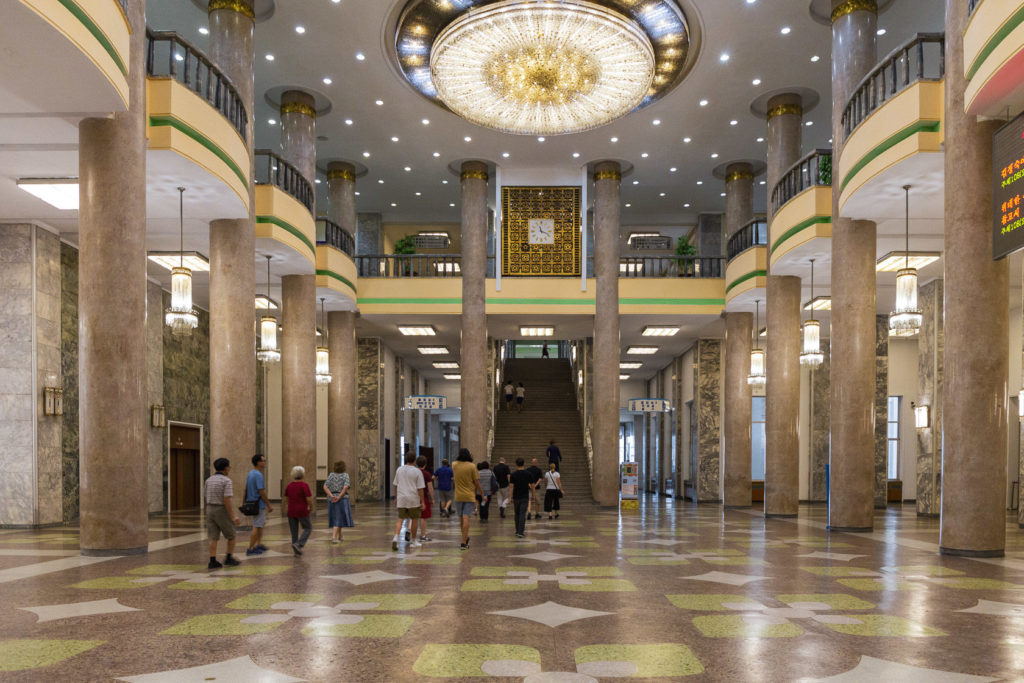